Based at the foot of the Dentelles de Montmirail, Domaine Font de Notre Dame is run by two brothers, Frédéric and Boris Roux. They produce only red wines from their 30 hectares of vineyards, which are spread over six southern Rhône appellations: Côtes du Rhône, Côtes du Rhône-Villages Sablet, the cru of Lirac and Rasteau and 7ha in Gigondas where they both live. One of the higher southern Rhône appellations (along with Vaqcueras and Beaumes de Venise) Gigondas was, in 1971, the first Côtes du Rhône Villages appellation to be awarded Cru status. Its vineyards rise from the Ouvèze river to the west, the Trignan to the north and up the rocky ridges of the Dentelles de Montmirail (to the East and South) to an altitude of 500m.

Soils vary greatly but can be broadly grouped as limestone scree over marl (as in the Roux’s vineyards), various sandstones and clays on the mid-slopes and gravel stones and alluvial silt towards the river-bank. The stonier topsoils allow easy run off for rainwater to be retained in the red clay subsoils which nourish the vines in the drier months. Most vineyards are bathed in morning sun; sheltered by the Dentelles and with a mainly northerly aspect. Grapes mature more slowly and the harvest is later than other appellations; the extra time being highly suited Gigondas’ dominant variety of Grenache Noir. Font de Notre Dame’s Gigondas is a blend of Grenache (of course) with a small proportion of aromatic Syrah and Mourvèdre fermented in traditional 20hl concrete vats (the winery houses 8 in total).

The wine is matured for 12 months in French oak before release in the regulation appellation bottle, embossed with a coat of arms featuring the 15th century hunting horn of the family of Orange (past patrons of Gigondas) and an olive branch marking the return of plots, planted after phylloxera with olive groves, to vineyards once more.

Garrigue aromas with a slight mint note on the nose. Silky and balanced, with good fruit character and ripe tannins. 2019 is considered as one of Gigondas’ finest vintages.

Order 6 bottles or more and get Free Delivery.

Anything below 6 bottles a £8.99 delivery charge will be applied.

Orders for Rest of UK Delivery will be sent via courier. Delivery via courier usually takes 3-5 working days. If you require a faster delivery time please do Contact Us before you place the order.
Spend over £120 to qualify for free delivery. Anything below will be a £8.99 delivery charge.

Less then 6 bottles
Anything below 6 bottles a £8.99 delivery charge will be applied

We use cookies to ensure that we give you the best experience on our website. By continuing to use totneswine.com we will assume you are happy to receive all cookies.
Read MoreAccept All
Manage consent

This website uses cookies to improve your experience while you navigate through the website. Out of these, the cookies that are categorized as necessary are stored on your browser as they are essential for the working of basic functionalities of the website. We also use third-party cookies that help us analyze and understand how you use this website. These cookies will be stored in your browser only with your consent. You also have the option to opt-out of these cookies. But opting out of some of these cookies may affect your browsing experience.
Necessary Always Enabled
Necessary cookies are absolutely essential for the website to function properly. These cookies ensure basic functionalities and security features of the website, anonymously.
Functional
Functional cookies help to perform certain functionalities like sharing the content of the website on social media platforms, collect feedbacks, and other third-party features.
Performance
Performance cookies are used to understand and analyze the key performance indexes of the website which helps in delivering a better user experience for the visitors.
Analytics
Analytical cookies are used to understand how visitors interact with the website. These cookies help provide information on metrics the number of visitors, bounce rate, traffic source, etc.
Advertisement
Advertisement cookies are used to provide visitors with relevant ads and marketing campaigns. These cookies track visitors across websites and collect information to provide customized ads.
Others
Other uncategorized cookies are those that are being analyzed and have not been classified into a category as yet.
SAVE & ACCEPT 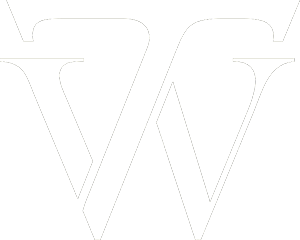